Now that I am back home – the last few days of my trip are all jumbled up in my mind.  We did get to the daily market and I enjoyed taking photos of the local produce and getting some fun shots of the people.  We also went to an art museum and took some neat shots of a stairwell etc. 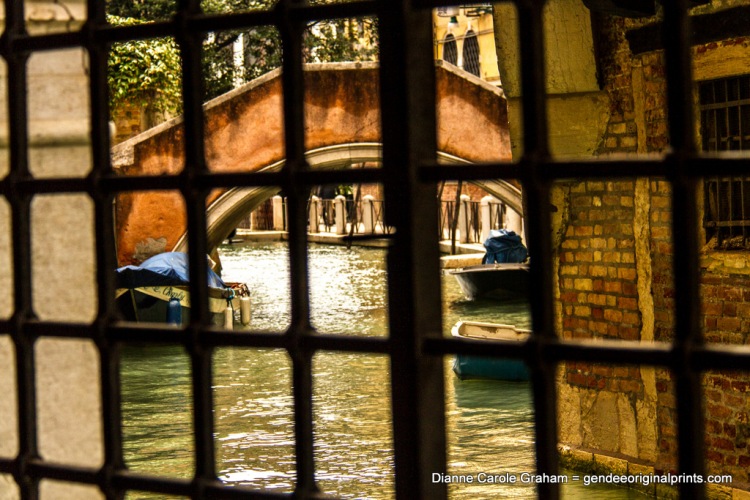 The last two nights Lynn (the Australian) and I got together and went to the Piazza San Marcos in the evening and took a bunch of slow exposures. There were three bands playing and people danced.  It had rained most of the day so there were huge puddles.  I had fun taking shots of the building reflections.

Jim, the pro, was kind of obsessed with taking photos we had already taken of the lagoon, so Lynn and I found a really neat bridge where we took  night photos.

The Wednesday before we left, we again went to the island of Burano but Lynn and I decided to go on our own to Murano where they make and sell the beautiful Venetian glass.  We went early and had a great time shopping and looking at all the lovely glassware.  After that we took the vaporetto (ferry boat) to Burano and met up with the rest of the group.  I wandered around but I think I was tired out by that time so I plunked down and had a beer which  took me a looong time to drink.  I liked the local beer and wine by the glass was cheap.

Lynn and I met up again and since it was the last night and I needed to pack , we decided to go back early. As we walked along the water, we stopped and had dinner.  It was fun just to have a chance to talk by ourselves.  Lynn’s husband was joining her and then they were off for several months of vacationing.

I had to get up very early as I had to meet Jim, the pro.  He was going to help me with my luggage getting to the train station.  We met at 5:15 and had plenty of time to take the boat to catch the train.  We found a place for coffee and it was nice chatting with him about the tour.  Remember the lady I told you about – the tour directors felt the same way about her.  I guess she was high maintenance as well as boring.  Jim said they may not return to Venice with a tour group as they found it very hard to keep everyone together.  Probably the worst one was his wife because he always had to keep going back for her and whoever she was talking to.

I enjoyed both the husband and wife.  The wife had a really neat style of photography and I learned a lot from her about composition.  She also said she was inspired by my work and my ability to compose.  I had nothing but compliments which made me feel really good.  I learned how to take long exposures and we also had a lesson on some features in Light Room .  The husband is all into huge big canvass landscapes.  Neither one were into people shots which I enjoy a lot.  I enjoyed the kind of tour we had.  We were free to do our own thing and yet we could ask for help any time.  We ate most of our meals together and that was fun.  We did some early morning treks and late evening photo shoots.  Jim knew his way around and that was really good but getting everyone to keep up was a problem.  All in all, I enjoyed myself and had a lot of practice shooting every day. 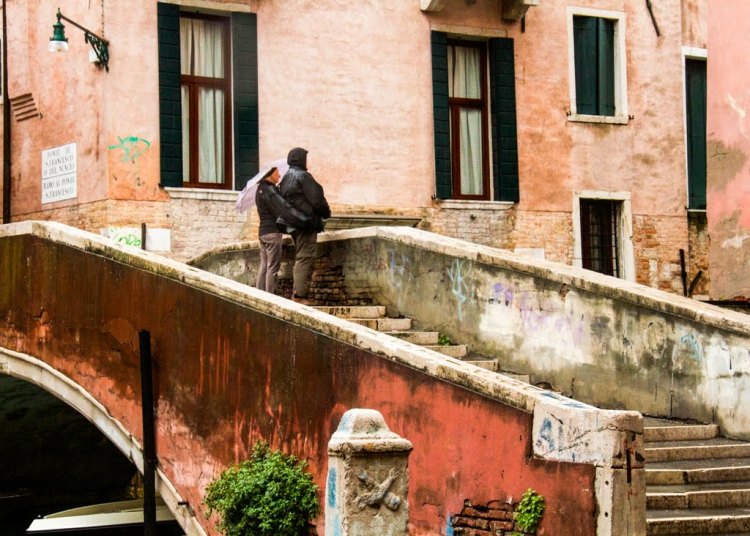 I loved Venice with its winding, narrow paths, picturesque bridges, cute little shops and for the most part friendly local people.  When I didn’t know the Italian word I spoke in Spanish and someone was able to help me.  I got lost quite a few times but it was always fun and I never felt afraid.    I guess the only complaint is that I did not get enough sleep.  I did get a lot of exercise walking, walking walking.   The food was ok  but I got tired of  spaghetti, pizza (nothing special) and fried seafood. They are not into vegetables and the only ones I ate were eggplant and zuchini squash.  They did serve a mixed salad and a vegetable soup so that was good.  I think Venice is one of the few places I might like to return to.  Photo opportunities are amazing.   It was a great trip and I enjoyed myself!

I plan to make an on/line album of Venice and right now am going over all my photos.  It is fun looking at all of them and reliving the memories of Venice.