On Our Way, Finally

Our trip to Argentina began when we were picked up by a town car in San Diego to make the trip to Los Angeles. I had picked up my friend, Barb at her house and we waited for our ride at my house.  We had to go a day early because our flight left at 8am from LA.  The drive was uneventful and we arrived at the Airport  Crown Plaza Hotel.  The room was fine so we made sure about taking the shuttle at 6:00.  We ate at the hotel then went up to our room and got ready for bed.  I watched television as I wanted to see the Food Network Star show but Barb went right  to sleep.  I finally fell asleep.  We had an early wake up call and it was our first morning to coordinate our daily rituals.  We both got it all together and went downstairs to take the shuttle.  It arrived in about 5 minutes.

Once we got to the airport we discovered it was very crowded but we made our way to American Airlines and I was directed to get the boarding pass.  Barb stood with the luggage while I did the computerized check in.  I got to a section that said Tax Receipt paid and didn’t know what that meant.  The attendant came over and said we each needed this paper that stated we had paid an Argentinian tax of $160 each.  She had the supervisor come over to explain it.  We could not get on the plane until we had it.  They said I had to go to the next terminal – the International and find a business center and go to the website and pay the tax and bring a copy of the receipt.  Well, I was in a panic because first, no one had ever mentioned we had to pay a tax and second, our flight was going to leave at eight and it was 6:20 now.  Barbara stayed with the luggage and I grabbed her passport and ran to the terminal.  It was pretty much empty.  Nothing was open and very few workers were there.  I went to the information booth on both levels and both were closed until 7 or 7:30.  So I raced back to talk to an attendant and find out where I could get on a computer.  They said the only thing we could do was rebook the flight.  So the good thing was we had about a 7 hr. lay over in Dallas until our flight to Buenos Aires.  We took all our luggage and went to the ticketing agents.  A very nice lady – I think she was from the Bahamas – helped me rebook the flight for 10 am and explained exactly what I needed to do and showed me the papers I needed to bring back.  Once more I ran to the next door terminal and asked different people where to go.  Finally, someone said go to the business center downstairs.

I found the center but no one was there.  I decided that I needed to wait until someone came.  In a few minutes a guy came to the center.  It wasn’t a separate room it was just a counter and he stood behind the counter and there were several computers on the counter and a big sign that said business center.  He knew all about the tax as he said at least once a week someone comes looking for a computer so they can pay the tax.  Evidently, this tax just went into effect in January. He was very nice and showed me the website and what I needed to do.  Tax receipts in hand, I scurried back to tell Barb.  The flight agent who had helped me rebook told me to ask for her when I got back and she would make sure we got checked in.  We didn’t have to wait in a line at all – just found the same agent and she took our luggage for us to security and we went to get a wheel chair for Barb.

I had booked a wheelchair for Barb because she can’t walk very fast.  She was wheeled to the gate and I helped with the luggage.  We got right through security and then were first in line on board.  They even changed our seats so we could sit in the bulkhead.  We had plenty of room.  The flight was delayed on the tarmac and we got in about an hour late.

About a week before we were to leave, I got a United pass for two to stay in their lounge.   It was a nice place to hang out with lots of snacks and freebies. I think Barb even took a bit of a nap.  I went out to look around.  There was also a TV so we could catch up on the news.  It was close to departure time so we called for another wheelchair and were taken to our final gate to board for Argentina.  The wheelchair turned out to be very good for both of us – we were able to board first and got very good seats and also was able to bypass the lines when we arrived at customs.  Our flight was about 9 hours but seemed forever.

The seats were not comfortable and I couldn’t sleep at all.  The day before my throat was sore and I had a swollen gland.  It wasn’t a normal sore throat as it didn’t hurt when I talked only when I ate or sneezed.  I didn’t feel well at all and thought I might have to go to the Dr. when I arrived in Buenos Aires. Finally, the long trip was over.  Barb had a wheel chair waiting for her and as I said we bypassed customs and went directly out to find our guide.  He was waiting for us – eager to help get our luggage and take us to the hotel. 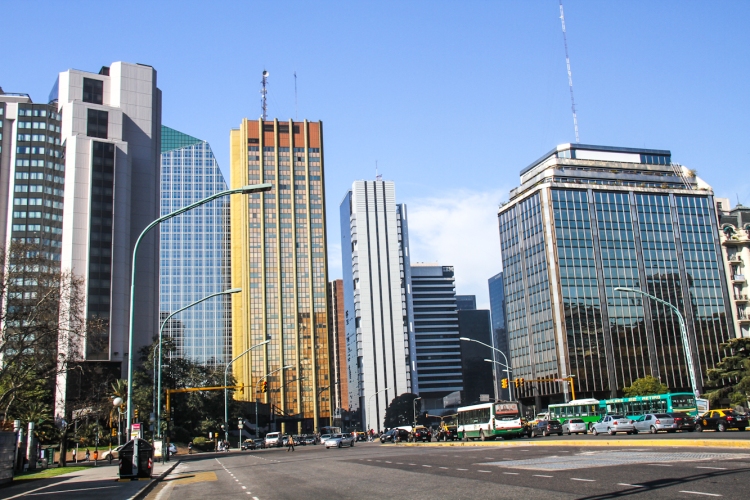