Dario was the name of our Buenos Aries guide.  His English was pretty good but he was a non-stop talker and with his accent – sometimes hard to understand.  As soon as we were in the car, we went over travel details and he gave me a huge envelop with all our materials for the rest of the trip.  The hotel was about 30 minutes from the airport.  We stayed in Palermo Soho.  It was a really neat area with tons of restaurants and little shops.  Our room was not ready yet so we had some pastries and coffee and talked to Dario about what the plans were for the next few days.  The hotel was a small boutique hotel called Legado Mitico.  One huge long room downstairs with a library and lots of seating combinations.  A large open-air patio and a glass enclosed library at the end of the patio.

Dario was giving us a half day tour of the city the next morning at 9.  So we said good by and went up to our room.  It was very nice and roomy with a TV which we never turned on and lots of antique looking pieces.  We put things away and then decided to go  shopping and take a look at the area.  We had fun visiting the tiny shops.  We did stop at the helado shop. Barb had a gelato and I had a sorbet. Barb looked for leather boots.  I was just looking to see what they had.  At some point we decided to stop and have lunch.  We found a restaurant/cafe. I had some kind of veggie sandwich – not great.  We thought we would just have something small then eat dinner later.  We discovered the portions were very large.

After eating, we were stuffed!.  We continued on looking around.  I wanted to go to this toy store Alesha told me about.  On the way, Barb saw a jewelry shop where this elderly man was making jewelry. Barb wanted to stop – I went on to ask about the toy store.  When I went back to get Barb – she had several pieces of jewelry she had decided to buy.  I looked around and saw something I liked.  So I bought myself a present.  The gentleman was very nice and the prices seemed reasonable so we were happy with our purchases.  The toy store was around the corner so we went there next.  All the toys were hand-made and really cute.  I was going to get Greyson a boy doll but they were all nerdy looking  with weird shaped heads so I settled for a few other things that were really cute.

We were finally worn out.  It had been a long day and we were were both tired.  Since we ate so late, we decided not to go out again.  It was all ready about 8pm so we organized our things – got on the computer and also talked a lot.  When we looked at the clock it was around 12am and we had to meet Dario at 9.  We went to bed.

The next day when I woke up and looked at my watch – it was 8:35 and we had to be ready for Dario by 9am.  Then Barb said she thought it was just 7:35 so we thought we had plenty of time then we had a telephone call saying Dario was waiting for us.  We threw our clothes on and I ran down stairs to tell him we might need a few more minutes.  It was a miracle that we were actually downstairs by 9:05.  We had a quick breakfast and then we got into the car for our city tour.  It was a very good tour and we saw many parts of Buenos Aires – the downtown – city square – La Boca – the first port of the city.  La Boca has a street called Caminito that has brightly painted houses and a lot of interesting little shops and cafes.

We also went to an area called San Telmo and visited a very old coffee shop which had a lot of its original tables, chairs, cash register, bottles.  On Sundays, this is where the antique market is located.  We hope to go on Sunday, during our last few days in Buenos Aires. 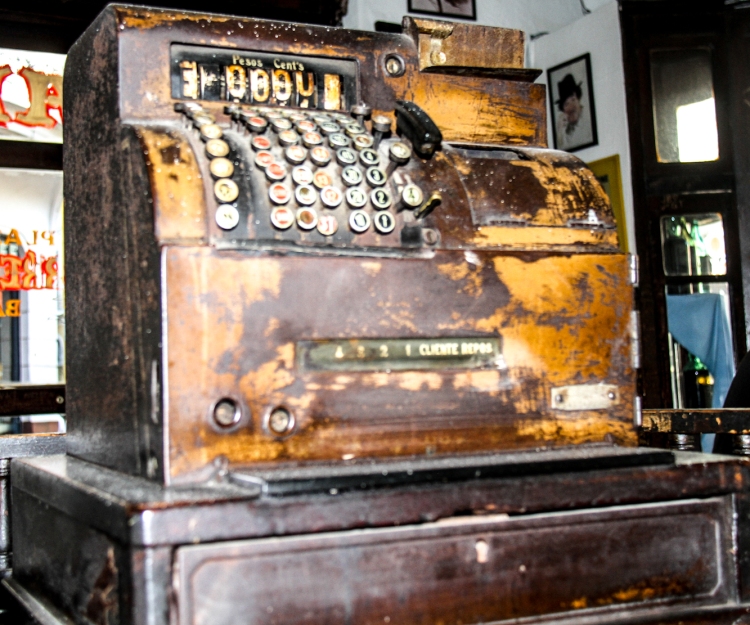 Probably the high light of the tour was the Recoleta Cemetery in the Recoleta.  Eva Peron was buried here and we learned the fascinating story of how her body was taken from place to place – from country to country before she was finally laid to rest.  The various styles of architecture and the size of the tombs was amazing!  When the tour was over, the guide took on to a famous coffee shop across the street and we enjoyed lunch there.  We did have to contend with a cocky little waiter who was rather rude but nonetheless, we had fun soaking up the atmosphere and the delightfully warm weather. 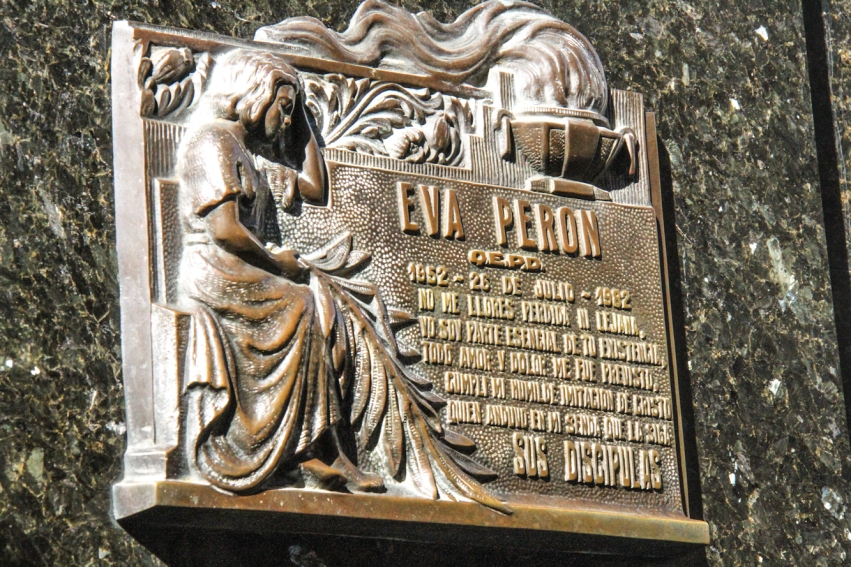