Dario, our guide, gave us an address where we could see locals doing the tango. So after we left Denise, we jumped in a taxi and went downtown to this place where they teach tango and then afterwards, people go there to dance. We thought we would just have a drink and watch the dancing. The taxi dropped us off and we went into this huge building – kind of shabby chic inside. There was a lady behind a booth and she said that the classes were upstairs and then she charged us to get in. We went upstairs and walked into a room that had a lot of tables and chairs and then a dance floor and toward the back was a bar. It actually reminded me of that other place we went to with Denise.
The room was as big as a theater. We found seats close to the dance floor and could see that there were people learning how to do the tango. There were several couples and one guy by himself and the instructor, a short petite lady wearing an unusual outfit. I never really saw people doing the tango before and wasn’t as interested as Barb. I do have to admit that it was very enjoyable and captivating to watch. A waiter came by and we ordered a drink. There was one other person watching besides us. We sat through the class and then thought there would be a lot of people coming in to dance but no one came.

Barb decided she wanted to go downstairs to see what was going on. We kept hearing singing and music. She came back saying that there was a show and we could use our admission toward the cost to see it. I was not in a great mood but I knew Barb really wanted to go. We went downstairs and paid more money and went to the show. It was a strange set-up with tables and chairs around a dance floor. We sat in the second row and could see ok. There weren’t that many people in the audience. On the dance floor, a man was telling jokes and then began to sing. Finally, the dancers came out to dance. One couple danced on the conservative side and the other was totally provocative. It was fun to watch. 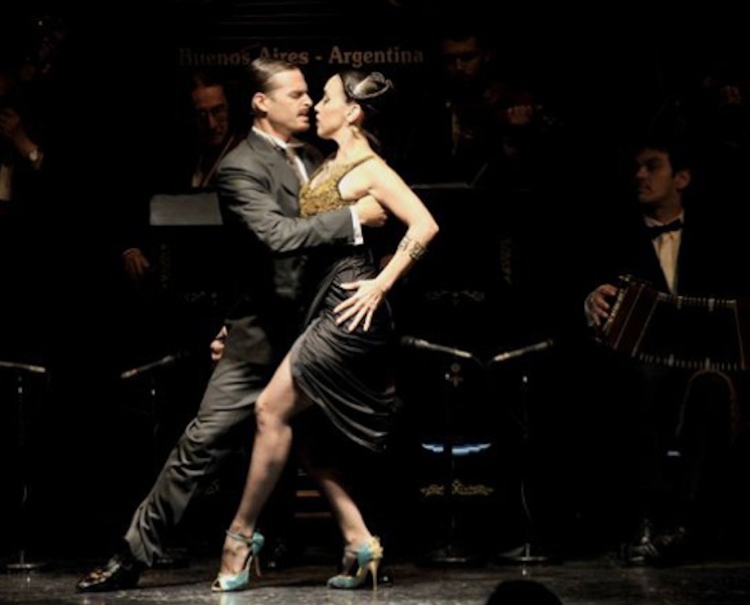 The dancing was the best part of the show. At one point, they turned on all the lights and went around the audience asking people where they were from. We were the only ones from the states. The show ended at 11pm and I was really ready to get back to the hotel. We asked the man at the front to get us a taxi. When we got into the taxi, the driver had his windows open and it was freezing outside. I asked him in Spanish to please close the window and he mimicked my Spanish and then proceeded to turn up his music and drum along with it. He drove like a crazy person. I was happy to see the hotel. That was the only time we had such a rude driver.

The next day was Saturday and we were looking forward to going to the flea market which was just a few blocks away. We hadn’t bought many gifts so we thought this would be the perfect place.We walked to the flea market from the hotel around 10am. We were both excited to have some time to shop and the flea market fulfilled our expectations. We decided to split up and then meet and decide how much more we wanted to shop. There were tons of tented booths and all kinds of things to look at. It was also a beautiful sunny day. People came out in droves and there were musical groups, children’s puppet shows, lots of little dogs with their owners and a general atmosphere of conviviality.
It was almost time to meet so I made my way back and was glad that Barb was there waiting for me. She had to use the rest room so I took her to a Starbucks that I had seen on my wanderings. We decided to shop a while more and then meet at the same place and then go to lunch. I finished up my shopping early so sat by the sidewalk to do people watching and then went over where we were meeting. I saw a crowd of people and heard music – there were dancers doing the tango. They were as good or better than what we saw at the show and no singing! I enjoyed watching and was able to get a place in the front.

Barb was about 15 minutes late as she said she got lost. We stayed for a while longer and then decided to go for lunch. Lunch was ok but not very good service. It was a wonderful day with so much going on and everyone was having a great time. We decided to leave as it was about 3:30 and we needed some rest time. We were going to dinner at my niece’s home and to meet her family.

My niece, her husband and daughter lived about 25 minutes away. We started out a bit early and arrived at 8:15pm. My niece was very happy to see me and Barb. It had been about 30 years since we had seen each other. My niece’s husband was the Peruvian consulate to Argentina and my niece worked in the Peruvian Embassy. Lily’s husband was very nice and very friendly. He sat with Barb while Lily and I talked about the family. Lily’s daughter had arrived from Peru the day before. I showed them photos of my grandson and my family and some photos of some of her cousins who I had visited in Switzerland. Dinner was very nice. They had hired a Peruvian chef to cook a typical Peruvian meal – shrimp, rice and vegetables. Everything was delicious. The dessert was tres leches, a popular Peruvian dessert. We had Argentinean wine with the meal. By the time dinner was over, it was close to 11pm. Unfortunately, something did not agree with my stomach so I was happy to be going back to the hotel (and as soon as possible)! I think it must have been the dessert as I am not use to eating dairy products. Barb was fine. It was probably 1:00am before I got to bed.

Sunday was the day we were returning home. We had been given a late checkout so we didn’t have to rush out early. Barb woke up at about 5 am and started getting ready. I wanted to sleep later as I knew it would be a very long day. We had decided to pack most of our things that morning so we wouldn’t have that much to do in the afternoon. I didn’t think Barb was going to make it. She did leave behind a bathrobe and her “tried and true” sandals. She managed to get everything in her suitcase. I went down to the lobby to meet Denise for our trip to the antique market. Barb came down a few minutes later. We waited about 45 minutes and Denise didn’t show up. Since we had heard from Dario that he was picking us up earlier than expected, we decided we couldn’t wait any longer for Denise. We took a taxi to San Telmo. When I went to pay him, he said three of my bills were fake. I said I didn’t have any more money so he took what I gave him.

We were dropped off a block away but could see where all the people were converging. We found ourselves in a huge square with many tented booths. The streets on all sides were also filled with sellers. Most of the items were antiques and items I was not especially interested in. I had taken my camera and got a few interesting shots. Barb and I separated and decided to meet in an hour and a half at the cafe on the corner. I meandered up and down and all around.

Even though it was Sunday quite a few shops were open. I saw a group of people watching some tango dancers. I got a little closer and noticed that the dancers were an elderly couple. Not too exciting, so I wandered down a side street and saw a lot of flea market sellers. There was also a small orchestra getting ready to tune up. I decided I was getting tired so walked back toward the cafe where we were suppose to meet. I sat at an empty table outside and ordered a coffee. It was fun sitting there and watching the people go by. Right in front of me was this guy selling leather goods. I had seen him earlier when we first got to the market. He was setting up his goods and taking sips from a flask. He looked up and saw me watching and gave me a big smile. I laughed and walked on. Then while I was sitting having a coffee, he came over and started a conversation – where was I from, how long was I staying etc. I said I was leaving that afternoon back to the states. There was a lady who was a joint seller with this guy. She kept looking at me and shaking her head as if telling me not to listen to him. Then Barb came and sat down. We talked about what we had seen and bought. I hadn’t bought anything much except a tomato that squishes when you throw it (that was for Greyson). Then the guy came over and started talking to both of us. He passed me a piece of paper with his phone number on it. A few minutes later his friend came by and saw my camera and wanted his picture taken. So Barb took a picture of the two guys and me. I decided it was time to go to lunch and leave the flirtation behind ha, ha!

Earlier I had discovered an Italian restaurant on a second level. On the first level were several cute shops. The restaurant overlooked the square. I had wanted to take some photos from above so asked if I could go out on their balcony. The owner was very nice. I asked for his card and said we would be back. Barb and I decided to go there for lunch. We sat outside on the balcony and enjoyed the market scene from above.

We had a last glass of Malbec and a very good lunch. The day was beautiful and we quite enjoyed sitting outside watching all the activity down below. It was a great last lunch and a wonderful way to end our vacation.