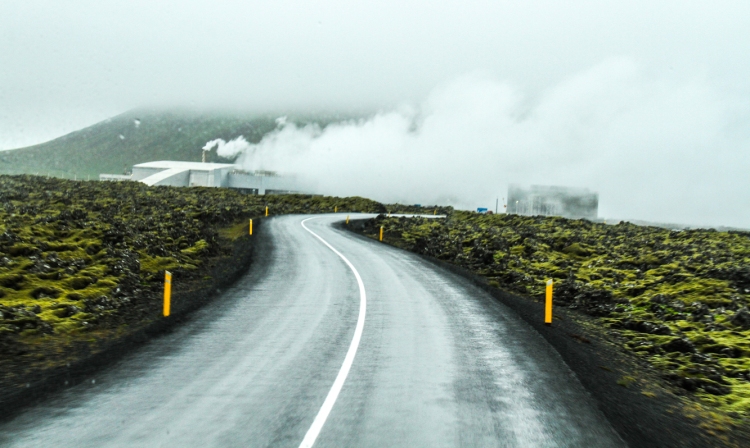 Hi, Everyone.  We arrived in Iceland after a long and tiring trek from San Diego.  The trip was fine with no delays or problems. We thought we might have something to eat when we arrived at JFK  but after we ordered, we realized it would take too long to get our food. The food prices were outrageous. We paid for Shawn’s coke and it  was $4.50.

Our flight to Iceland was 41/2 hrs.Customs was a short line and then we quickly retrieved our bags.  We met the representative from the hotel and along with several more guests  made our way to the Northern Light Inn which was about 20 minutes away.  The weather was not promising as it was rainy, overcast and windy. One thing that was rather strange was the duty free shop you could visit on your way out.  We saw many local people with their carts filled with goods to take home. The scenery along the way  to the hotel was desolate  and barren – kind of a moon-like landscape.  When we arrived at the hotel, we were surprised to see a factory like building spewing tons of white smoke.  Our hotel was right behind this building complex.  We later discovered that the buildings were a geo-thermal plant used to provide electrical power to the area.  The white smoke was billows of steam.

The hotel is nice but the staff not overly friendly.  They answered your questions but didn’t elaborate in any way. We settled into our room which was a good size with all the usual  amenities. Our view was  lava rocks and the thermal plant.  Nothing much else to see or do in the vicinity.  I chose the hotel mainly because -since we arrived early – it was a place to meet our Road Scholar group when they arrived here for breakfast after coming from the airport on the 27th.  It is also just a few minutes away from the famous Blue Lagoon where people go for the mineral waters.  We will be going there with our group after breakfast on the 27th and enjoy the waters. We took some time to wander around the hotel which was comfortable with various conversational settings – free coffee and tea and an “honesty Bar”.  Kind of like the mini bar which most hotels have in the room.  You can take anything but must write down what you took to give to the desk so they can charge it to your room.  We decided to go for lunch but not many choices.  We had the home made mushroom soup and baked bread.  The food is very pricy but then you are a captured audience.  We went back to our room to take a nap as neither of us slept much on the the trip.  We slept for a few hours and then it was time for dinner.  We enjoyed  our meal – fish and vegetables.  Again, not too many choices and quite expensive. I am glad all our meals with the group are included with the tour. 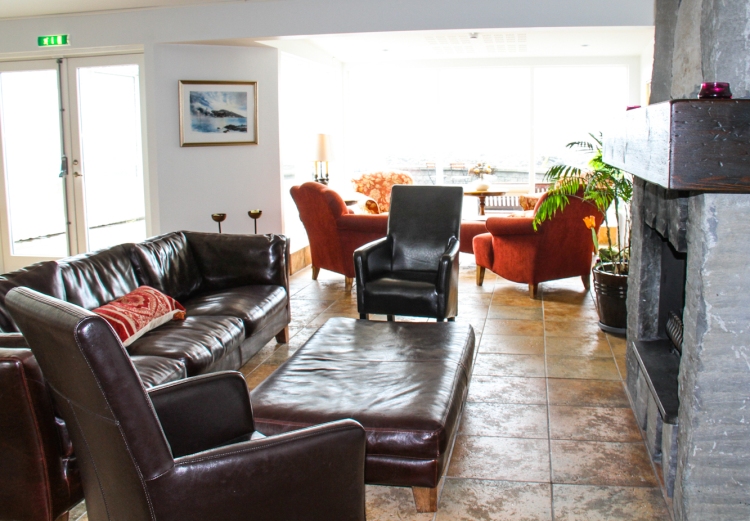 We thought we might go for a walk outside but it was so cold and windy we opted to step outside the door nearest our room and shoot a few pictures instead. It is almost 10pm and very bright outside – though still cloudy and overcast but not raining.  Well, I will say good night as we have a big day planned tomorrow to go into Reykjavik after breakfast and wander around and eat lunch and dinner there.  I am hoping the weather will be more accommodating tomorrow but I did read a forecast of  rain off and on for the next 5 days.  Here are several photos of views from the hotel and our room.