We arrived back in Uyuni around 6pm.  I was checking in to a different hotel – La Petite Port. The manager was very nice and very welcoming. My room was all right but again no place to set up my curling iron and hair dryer by the bathroom sink.  I was happy to see a small mirror in the bedroom so was able to organize things to my satisfaction.  There was a big fan in the room and I wondered why but actually used it all night because it was so hot. I decided to go out for dinner.  The manager told me about two different restaurants that were suppose to be good.  I went to the one furtherest away. When I arrived, I was the only one there.  I just had vegetable soup and bread and hot tea.  They don’t believe in cooking their vegetables so I ended up just eating the broth. A huge group of young Americans came in and it was interesting to hear all the instructions given to them by their guide.  By the time I left, it was already dark.  I walked through the park and saw a popcorn vender and bought a bag to munch on.  They have a lot of unusual crunchy snack foods but this was the first time I saw American popcorn.  I arrived safely and had a key to the front door so no problem.  I had given my breakfast order when I checked in so went to my room to repack and organize for our trip to Potosi (Po toe see).

Paola and a new driver picked me up around 8am.  For some reason, they kept changing drivers and cars but all the cars were fine and the drivers were friendly and helpful!  So we were off….. Paola and the driver were both very accommodating and stopped whenever I asked to take a photo but I did take many from the window.  Getting to Potosi took about 3 hours.  Our route first took us to a lower altitude but eventually we climbed up to a higher altitude. Potosi is approximately 4090 meters (over 13,000 ft.).  It is one of the highest cities in the world by elevation.

On The Way To Potosi 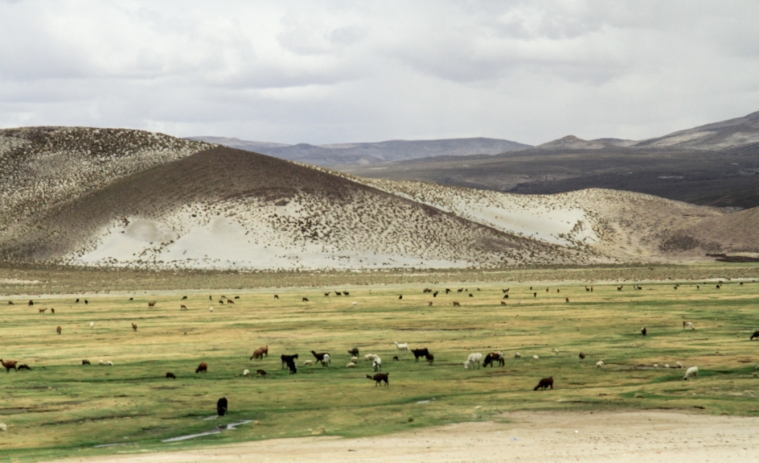 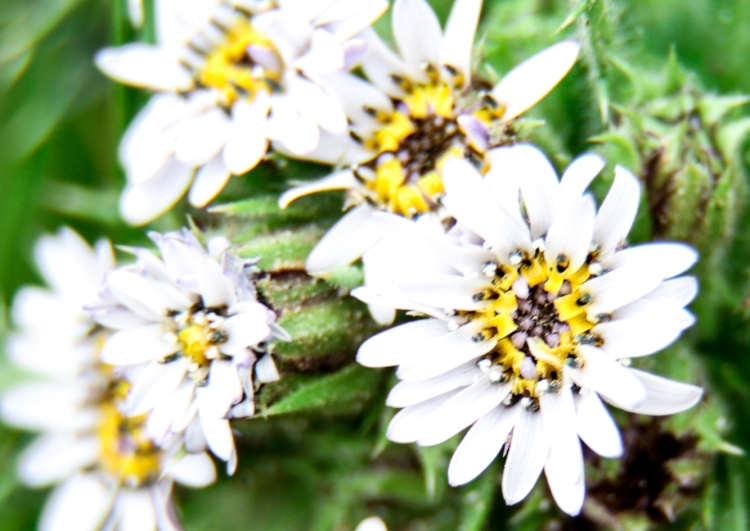 Potosi – City and the Capital of the Department of Potosí in Bolivia.

Potosí – one of the highest cities in the world lies at the foot of the Cerro de Potosí—sometimes referred to as the Cerro Rico (“rich mountain”)—a mountain popularly conceived of as being “made of” silver ore, dominates the city. The Cerro Rico is the reason for Potosí’s historical importance, since it was the major supply of silver for Spain during the period of the New World Spanish Empire. The silver was taken by llama and mule train to the Pacific coast, shipped north to Panama City, carried by mule train across the isthmus of Panama to Nombre de Dios or Portobelo whence it was taken to Spain on the Spanish treasure fleets. The world’s largest silver deposit has been mined here since the sixteenth century, producing up to 60,000 tons by 1996, and estimates are that much silver still remains. The wealthy history of Potosí is still reflected in the narrow streets, colonial mansions and the many churches, which makes the city a UNESCO World Heritage Site.

We arrived in Potosi in time for lunch.  The travel company called Paola and said they would pay for my lunch which was very nice.  They actually ended up paying for all my lunches since La Paz.  I was not sure why but really appreciate it! We went to one restaurant but nothing looked that good on the menu so we walked down the street and found another restaurant.  It had some vegetarian food so we decided to give it a try.  Paola kept getting up and asking the waiter about different dishes.  Most of the dishes we wanted were not available. I finally settled on spaghetti pesto and Paola on lasagna.  I had to be careful what I ate as the altitude even affects your digestion and slows it down so I tried to eat very small amounts at one time.  The spaghetti was very good and finally French bread which was soft and delicious.  After lunch, we drove to the hotel – Hotel Museo Cayara which was about 40 minutes away.  It was advertised as a hotel museum.

The Hotel Museum Cayara was built in 1557 and is only one of a few in Bolivia that is still intact. In the past, it served families of nobility and prominent figures in the history of Bolivia.  As one approaches the area, the high plateau landscape is transformed into a valley full of crops, weeping willows and varied vegetation.  Although the rooms are spare, the common areas are museum quality – heavy wooden furniture, lots of art, two libraries filled with old books from all over the world.  Tours are given to the guests.

My room was all right but electrical outlets were few.  I had to move a huge mirror to where the outlets were to do my hair. The one in the bathroom was broken. There was wi fi the first night but none the second night. The courtyard was nice and would have been nicer if it weren’t enjoyed so much by roosting birds. The dining area and sitting areas were attractive.  We had dinner – I had spaghetti with tomatoes but no sauce.  It was edible but nothing special.  We were the only ones in the dining room. David, the manager was very nice and tried to be helpful.  There was a lot of remodeling going on and I think my room could have used a bit.  The next morning, we had eggs for breakfast.  I showed the cook how to make a fried egg over and how to toast the toast.  They said for dinner, we would get fried cauliflower and boiled potatoes.  Unfortunately, Paola got the meat dish and no cauliflower.  She went to the kitchen and asked what happened.  She got some about a half an hour later.  The second night, the dining room was full and one family with two children were very noisy but that is because they had to wait so long for their meal.  I think there were quite a few problems with the kitchen staff and the servers.

We went back into Potosi right after breakfast.  It was a lovely morning as we drove along the rocky mountain roads.  Paola said I would be touring a convent turned museum.

Sights in the city of Potosi

Photos in the Park 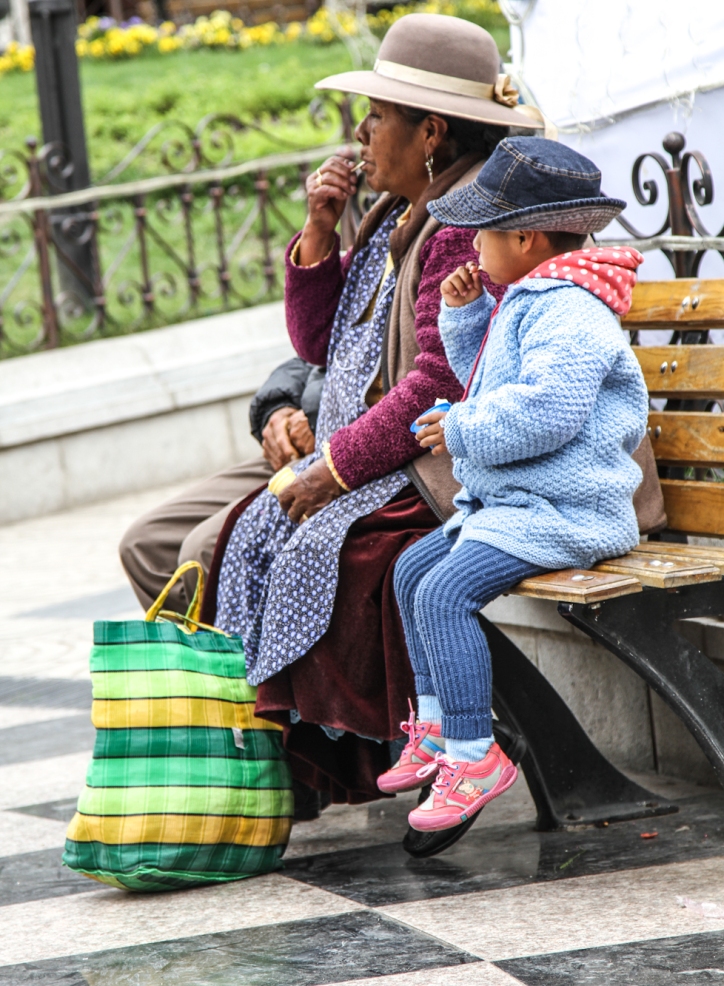