To get to the Teton Park road, we had to take route 89 back toward the airport.  There is a huge sign which says, “Grand Teton National Park”.  That was our first stop before we actually got onto the Teton Mountain route.  In the parking area, there was a bus load of Chinese tourists taking photos.  Just as I stepped up to take a photo of the sign, two Chinese women jumped right in front of me to take their photos.  As I stood there, my camera battery went out so I went back to the car to put in a new one.  I went back to try to take a photo again, but the ladies were still there at the sign continuing to amuse each other with all kinds of poses.  It was funny, but at the same time annoying as they didn’t seem to realize other people were waiting to take pictures.   Their tour bus was ready to go so they had to leave.  I finally got my picture.  Shawn took some of me by the sign as well, which I will include later.

One of the major stops we made was at the Craig Thomas Discovery and Visitor Center located at Moose Junction.  It was a very modern building with all kinds of wild animal exhibits.  It was interesting to see just how many different kinds of animals inhabited the Teton mountains and surrounding areas. They also had a souvenir shop and informative personnel to answer any questions.

We made a lot of stops as there were many view points along the way and also many places to drive off road to camp, have picnic lunches or just take photos.  Unfortunately. we did not see any animals except the Pika, which I will talk about later.

We took the Jenny lake scenic drive which led us to an overlook of Jenny Lake and the Cascade Canyon. There were quite a few tourists there and it was difficult to get a good photo.  When it started to rain  we ran back to the car.

This five mile drive winds to the top of Signal Mountain, 800 feet above the valley.  Overlooks provide panoramic views of the entire Teton Range and Jackson Lake.  I really enjoyed this overlook as the daisy-like flowers were abundant.

A bit further down the road, we made a stop at the historic site of Cunningham’s cabin.  It is the oldest historic building remaining in Grand Teton National Park. 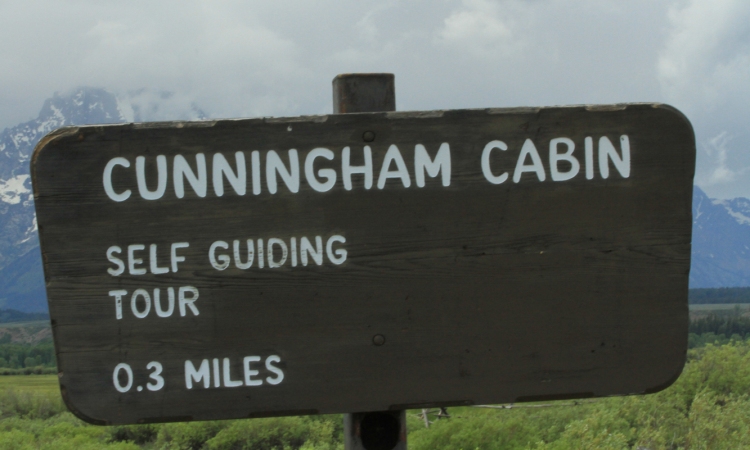 At the cabin site, we came upon these little mammals called Pikas. They are the smallest member of the rabbit family.  They thrive in cold, snowy winters and are incapable of dealing with prolonged warm temperatures.  They are really cute and were running around all over the place.  They dig deep holes everywhere so you have to look where you are walking. 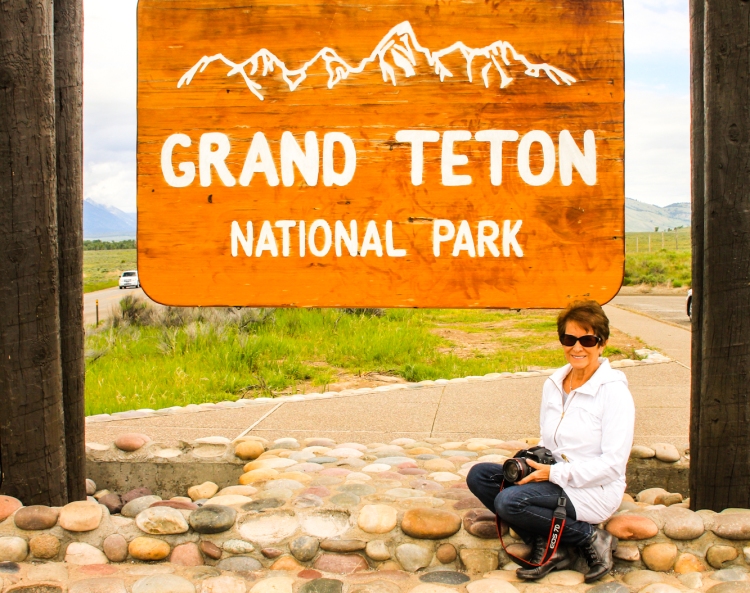 Our sightseeing trip ended around 4pm.  We had stopped earlier at Albertson’s grocery store in Jackson Hole to buy some food for the evening.  We  found the restaurants to be very expensive and not a lot of vegetarian choices so opted to buy groceries and eat in our hotel room for some of our meals. It was nice to stay in for the evening as we had had a very full day.  It was hard to go to bed early as the daylight hours are long. It doesn’t get dark here until about 9pm.

This was our last night at the Elk Refuge Inn.  The next morning we were going to Victor, Idaho which  is across the Teton Pass to stay over night.  Trying to organize this trip on my own – I left out one night, the 13th.  By the time I discovered my mistake, there were very few hotel choices left in Jackson Hole – those that were available were $350 to $500 a night.  Consequently, we ended up in Victor at an ok hotel for one night.  So my next entry will be Day 3 and our overnight in Victor, Idaho.