In the morning, we took a bus to Sri Kestra outside of Pyay.  Sri Ksetra is a World Heritage Site – it was once a prominent Pyu settlement.  Unfortunately, many of the sacred structures are deteriorating due to heavy rains and rising groundwater.

On the way, we did stop at the Phayagyi Stupa ( dome-shaped structure erected as a Buddhist shrine ) which dates from the 5th or 6th century. It is made from brick and mortar – 139 feet in circumference and 307 feet tall. Women are not allowed to walk on the upper levels.

We continued on to the Sri Ksetra location.  Frankly, we didn’t see anything much but a wall of bricks, lots of land and two women planting rice in a rice field.  The most interesting were the workers in the rice paddy.

After about a half hour, we went to the Sri Ksetra Museum to see the artifacts and some of the other 513 enshrined objects that were uncovered such as urns, Buddha image reliefs, artworks, gems, jewelry and more.  They were actually remodeling parts of the museum so we only saw one room. 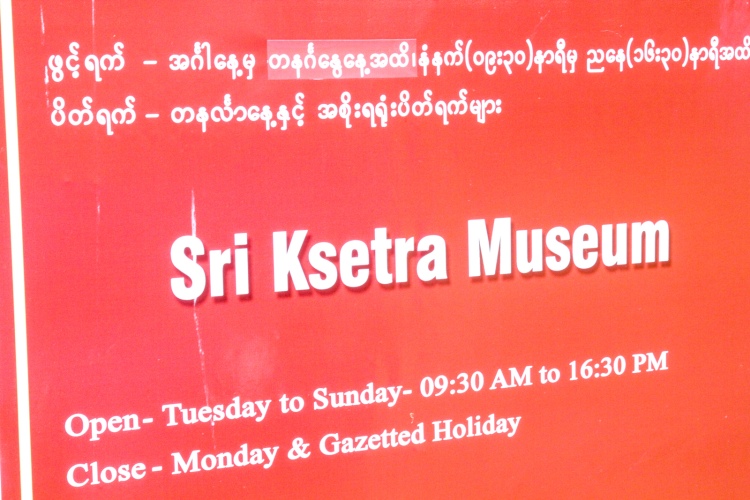 Here are a few photos of some of the objects I saw in the museum. 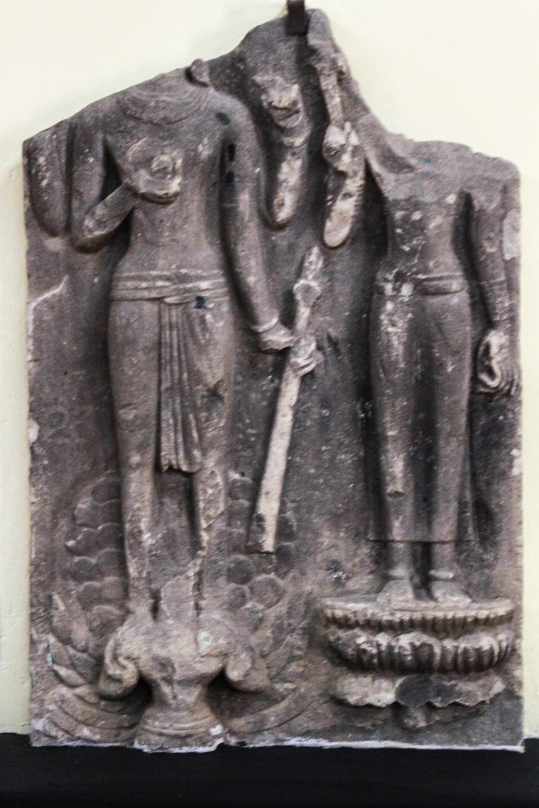 Through the countryside to the lake and Cemetery

We left the museum and headed toward the countryside along winding roads to find the Beikthano excavated cemetery, also called burial terraces.  We had to stop several times to allow cars or other vehicles to pass us on the very narrow road.  We stopped first at a lake where you could see the Bawbawgyi pagoda in the distance.

This was an agricultural area and we saw many crops along the way. The plants on the top are a kind of squash.  Underneath is another crop which can be grown in the shade.

We finally arrived at the lake and could see the pagoda in the distance.  It was a very rural countryside and we had fun taking photos.

After a short time here at the lake, we headed for the Pyu burial site.  It consists of terracotta urns collected in a brick structure. 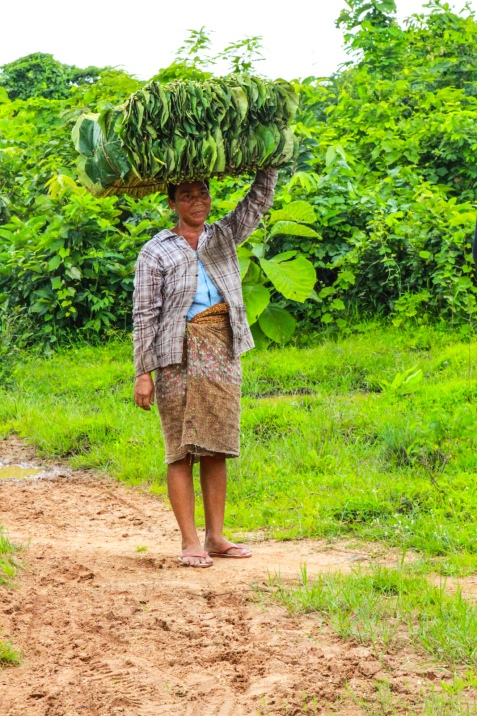 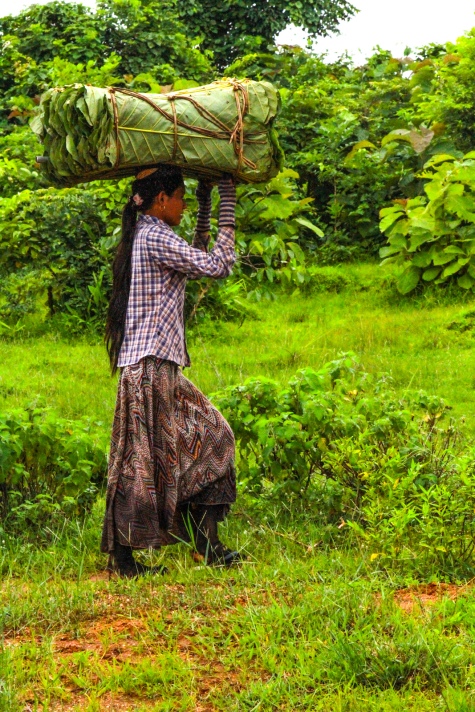 We arrived back at the boat and as soon as we were all aboard, it set sail for Thayet – where we had a morning excursion to a rural village.