We sailed to Magwe and on the way we visited the hilltop Myat Than Lun Paya Pagoda.  The pagoda was built in 1929 of solid gold bricks.  According to legend, it was initially built by a wealthy man and his wife and later raised from 55 feet to 87 feet by King Saw Lu of Bagan.  Later, it was partially destroyed by an earthquake and rebuilt again and raised to its present height of 104 feet. 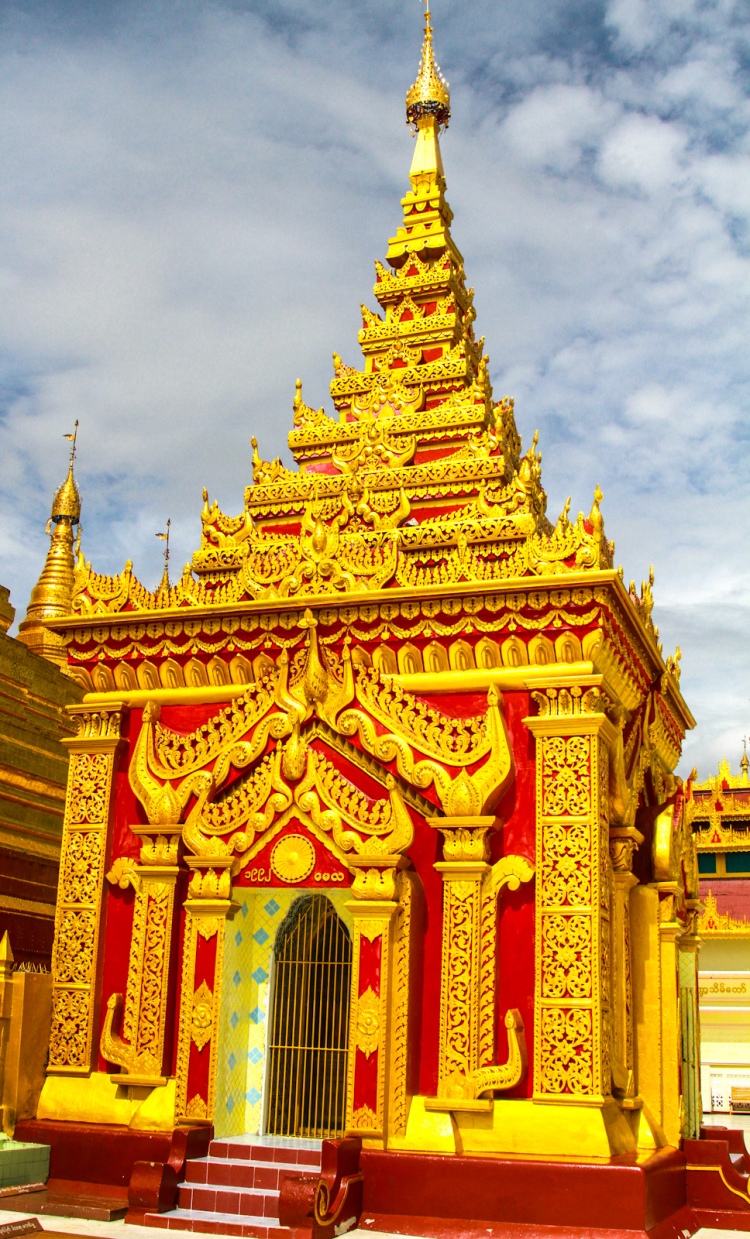 After our excursion in Magwe, we sailed in the late afternoon toward the small community of Salay.  I am not sure where the boat spent the night but we continued sailing early in the morning.

The next Buddhist complex we visited had multitudes of Buddhas.  I did a lot of research but could not find the name of the place in the material from the river cruise or on/line – very frustrating.

We had a Thai cooking demonstration – Tom Yaam Goong, a spicy prawn soup with lemongrass and straw mushrooms.

He started out by using the prawn shells and heads to make stock.  He added lemongrass, galangal root (member of the rhizome family -similar to ginger.  It has a sharp citrusy flavor), coriander root and kaffir lime leaf.  He turned the heat off and strained the broth.

The chef showed us how to slice the galangal root and lemongrass very thin.  He added these to the final broth along with straw mushrooms, fish sauce, lime juice prawns bird’s eye chili, and some coriander leaves.  We all had a bowl and it was delicious especially if you like spicy! 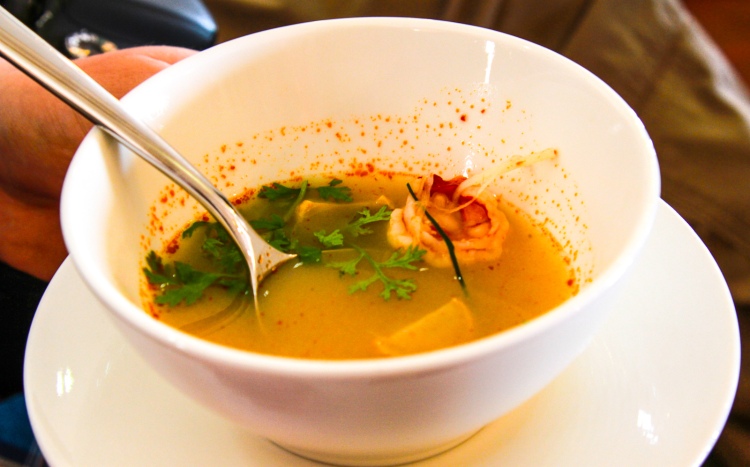 Salay, or sometimes spelled Sale, is a town located on the eastern banks of the Irrawaddy River.  The colonial houses are remnants of the Burma Oil Company, which housed rig workers starting in 1886.  The oil men worked in the nearby town called Chauk and lived in Salay. Originally, Salay became known as a satellite town of Old Bagan during the 12th and 13th centuries.

Thu Thu, our guide, asked us if we wanted to leave early before the excursion to wander around the village and photograph some of the old colonial buildings.  We hurried to get our cameras.  It was a quiet morning with very little traffic and few people about.

Our final stop was the Yoke Sone Kyaung Monastery.   Here is some information about this unique monastery: The ornately wooden carved Yoke Sone Kyaung Monastery housed monks for a century before being transformed in a museum in 1996.  Thousands of detailed carvings adorn the exterior, telling tales of Buddhist folklore. Mythological creatures guard the main entrance to symbolize the connection between heaven and earth. One hundred and fifty teak posts more than 3 feet in diameter, hold the building about 10 feet above the ground.

I took a series of photos that identify different and unusual features of the Monastery and placed them in this slideshow.

From here we walked around the corner to see other nearby pagodas. First, we came upon a herd of goats eating their way through the tall grasses and then we saw The Mann Paya Buddha.  A legend states local villagers spotted a hollow wooden statue floating downriver after heavy flooding in 1888.  They rescued it, dragged it ashore and coated it with gold lacquer.  Its style suggests an origin of around 1300 AD.

We spent the next morning sailing to Bagan and after lunch visited the village of Myinkaba, a center of the ancient craft of lacquerware. Lacquerware has been produced in Bagan since 1050 AD.  Learn about the traditional methods still being used today in my next post.