We were now on our way to Inle Lake.  The morning had been overcast and we didn’t see the sun that day. I enjoyed talking with our guide, Yay Lar.  She was very informative about the area and the lake.  Inle Lake is located in the Shan Hills of Myanmar.  It is a freshwater lake with an estimated surface area of 45 square miles.  It is the second largest lake in Myanmar and one of the highest at an elevation of almost 3,000 ft.  The lake contains a number of species found nowhere else in the world – twenty kinds of snails and nine species of fish.  The lake hosts 20,000 brown and black head migratory seagulls in November, December, and January.

I was surprised at how long it took us to get across the lake to where the houses, monasteries, and pagodas were all on stilts. The villages are mostly inhabited by the industrious Intha people. There are many different hill tribes and it is just in the last few years that they have had contact with the outside world. Daily life around and on the lake is based on fishing and agriculture.  The fishermen have a very unusual technique for catching fish in the shallow water.  The fishermen learn to fish from the age of 13 using one leg to row the boat.  They have perfected the art of balance and fishing at the same time.

Our driver drove to the place where we picked up the speedboat.  It was a long narrow boat and we all sat behind each other.  Shawn sat in the front, the guide sat at the back and I sat in the middle.  Each of us was equipped with a raincoat and an umbrella. We started out in a canal and eventually came out into the main waterway to Inle Lake.

This is what we saw on the main waterway as we headed to the lake. 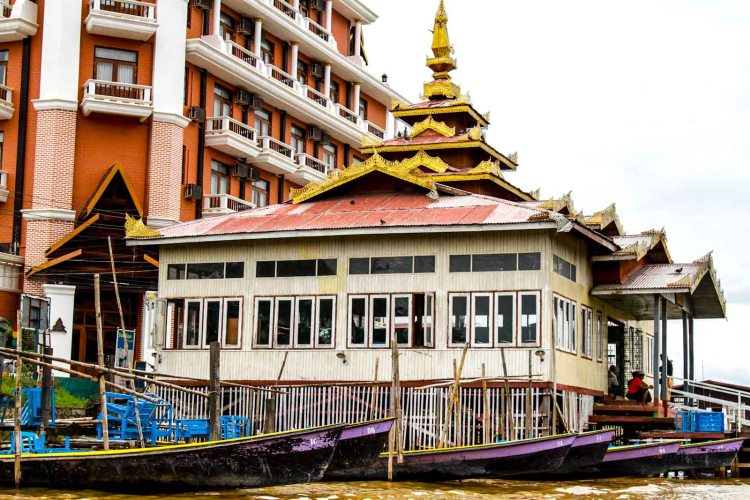 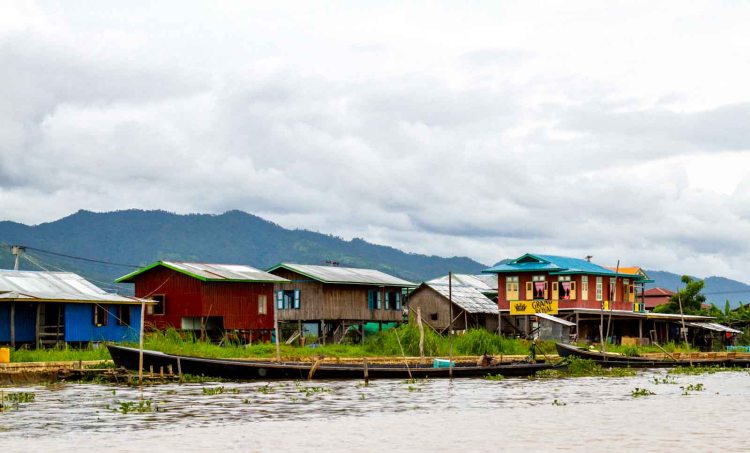 The next photos are the Intha fishermen at work on the lake: 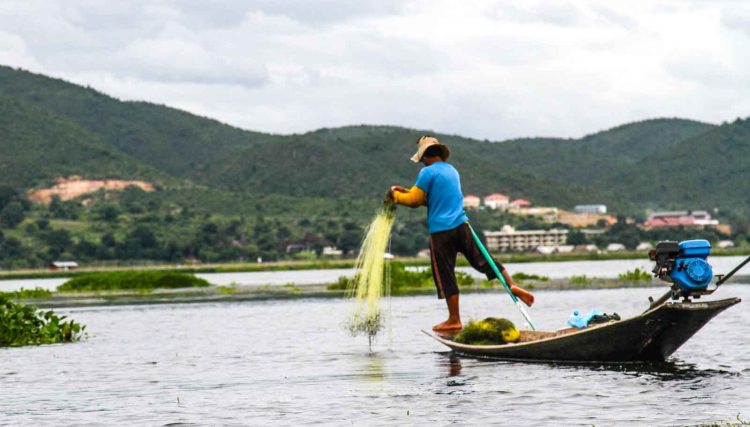 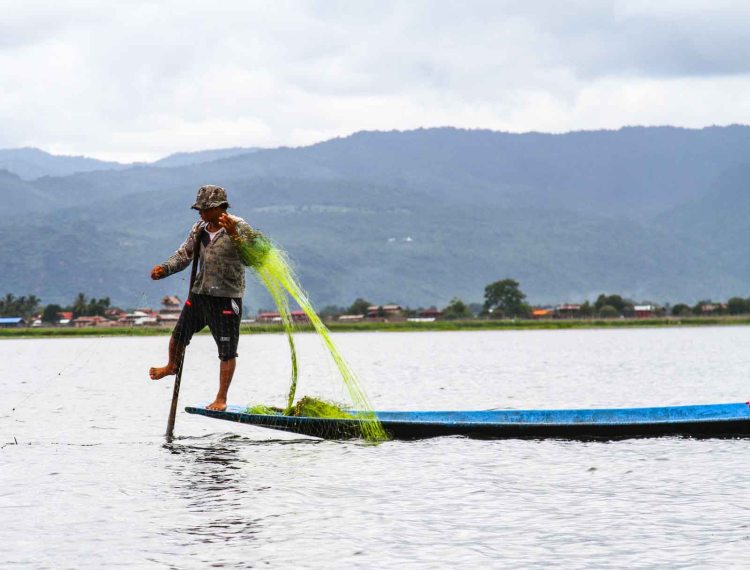 As we got closer to the villages,  we saw a variety of houses, pagodas and we finally stopped at a restaurant where we had lunch.  We invited our guide to eat with us but she said she would eat with the staff.  We found out the next day that the guides and boat pilots get their lunch for free because they bring the tourists to the restaurant. 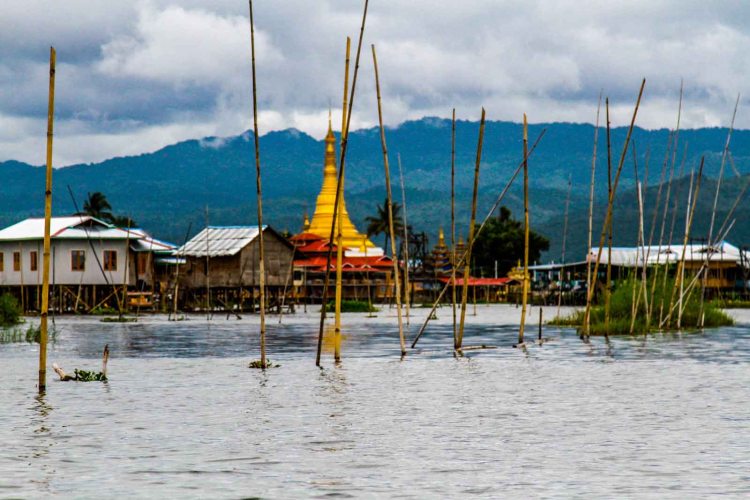 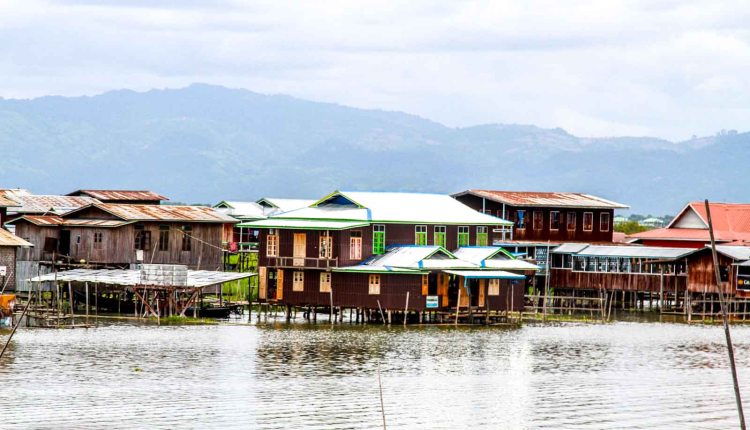 In the next post, See more houses on stilts, and fishermen as well as several workshops that we visited.