The Yaquina Head Lighthouse is the tallest lighthouse on the Oregon Coast. It stands at the tip of the rocky Yaquina Head which juts out into the sea.  In the early 1870s, materials intended for a lighthouse further north was mistakenly delivered here. The 93 foot tower eventually replaced the poorly located lighthouse at the mouth of the Newport Harbor.  The land is managed by the Federal Bureau of Land Management and has been designated as, “Outstanding”.

We had no problems going through the ticket barrier, as I had my Senior National Park Pass and we got in for free. It is a beautiful site and a beautiful lighthouse. We took a lot of photos and even wandered down to the beach.  There is a steep stairs and of course, a sign that says, more or less, “Be careful  Slippery Rocks”. I followed Shawn down and noticed that there was nothing but round rocks on the beach. Another couple was there with a small dog. All of a sudden, the man and dog took a tumble on the rocks.  I guess they were all right as they jumped right up. You could see the lighthouse from the beach so I took a few photos and saw a strange piece of seaweed or something that looked like seaweed on the rocks.

The second day we spent in Newport, we wanted to see the Oregon Coast Aquarium.  We got up early and went to find where the aquarium was located and discovered it was across the bridge. I had read that it was open at 9AM, but when we arrived, we found out it that it opened at 10AM.  Not wanting to waste time, we returned to the Yaquina Lighthouse, because Shawn wanted to get a few more pictures of the lighthouse from the beach. When we were leaving, we noticed a sign saying “Cove Quarry” so we decided to see where it led. We parked our car and walked the rest of the way down the road leading to the cove. It was a beautiful area and looked like a perfect spot to spend the day. 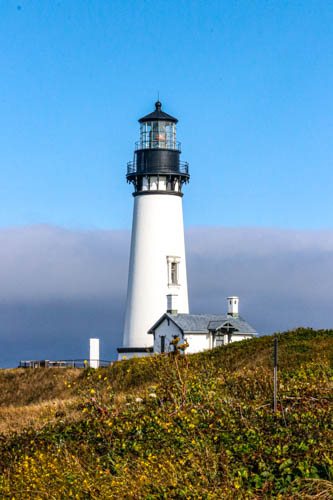 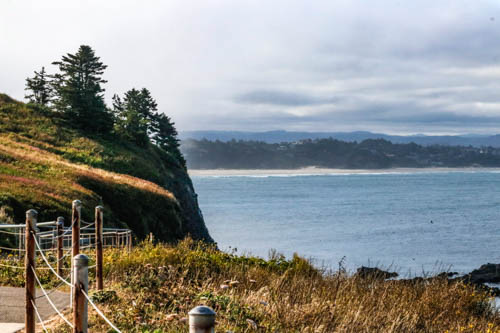 These photos were taken as we walked on the road leading to the cove. 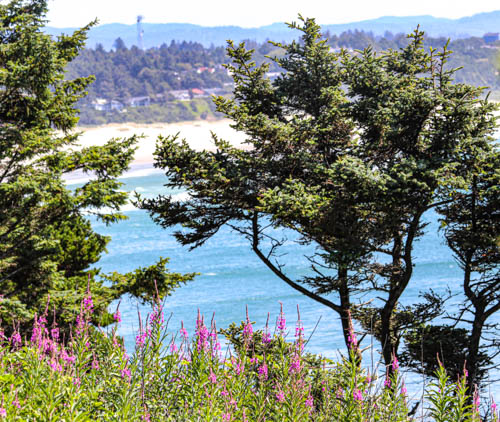 See some of the aquarium life in the next post.