The area was originally inhabited by the Coquille Native Americans and settled by white settlers in 1850. The Coquille River Lighthouse was the last lighthouse built on the Oregon Coast. It was completed in 1896 and then abandoned when the Coast Guard installed an automatic light across the river.  It was restored in the 1970s.

Shawn and I arrived in the afternoon.  It was chilly and windy.  One family was flying a kite and their children were running all around.  There was lots of driftwood on the beachside and across the river you could see the town.

We only stayed long enough to take photos.  It was getting late and we wanted to visit the Old Town part of Bandon and look at the shops. 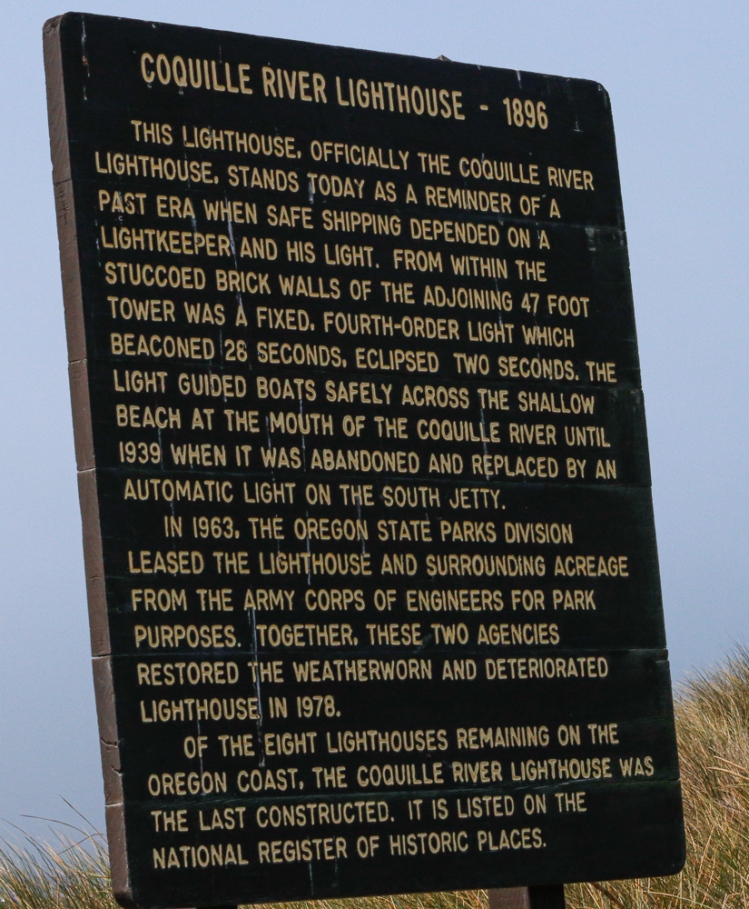 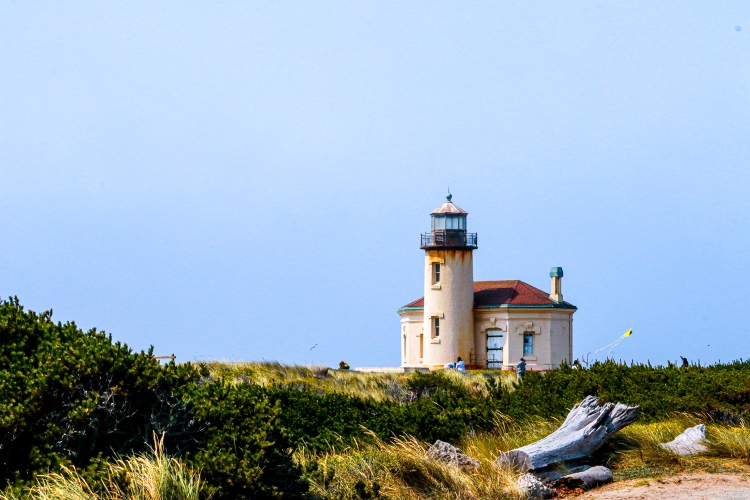