The museum, which was once a convent, adjoins the Santo Domingo Church.  The museum has 14 permanent exhibition rooms and 13 thematic rooms.  We only saw three rooms and it seemed as if most of the exhibition rooms were closed when we were there.  The most outstanding feature is the architecture with the many unusual windows which looked out over the surrounding landscape. One interesting room was the “Treasure of Tomb 7”, a showcase of delicate gold jewelry, precious stones, carved bone, and some Precolombian pottery found in a Monte Alban tomb. The museum has been declared a place of Cultural Heritage of Humanity by the United Nations Educational and Cultural Organization.

The cultural museum was on the left side of the church. That morning was the day before we left and we wanted to make sure we got to see the museum, so we got up early, took a taxi, and went to the museum.  It didn’t open until 9 am and it was just 7:30.  We walked down a few streets to find a restaurant that was serving breakfast.  Shawn found one on his best 10 restaurant list and it was close by. It was an interesting little place and the food was good.

We returned to the museum and got in line.  They only allow so many people in at one time.  Shawn went to see the inside of the church while I held our place. A gentleman and his wife were in front of us.  They were enjoying their visit to Oaxaca and had some relatives with them, so it was quite a big group.  We talked about traveling and what we had seen in Oaxaca.  Shawn finally came back and in just a few minutes we entered the museum. 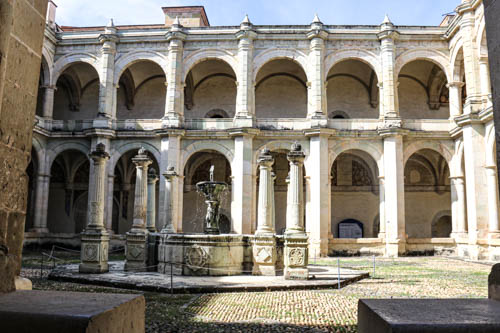 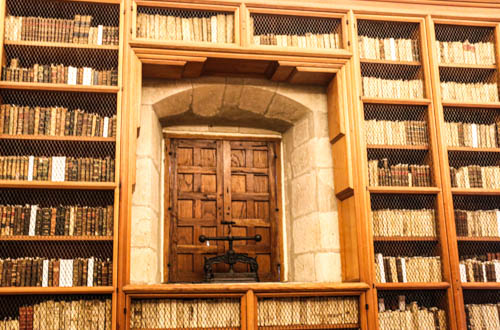 The next room we entered is devoted to the treasures from Tomb 7 at Monte Alban. The artifacts date from the 14th century and were discovered in 1932. 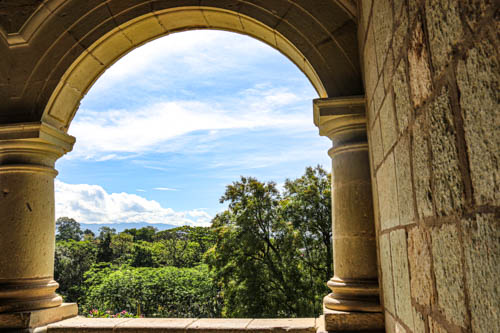 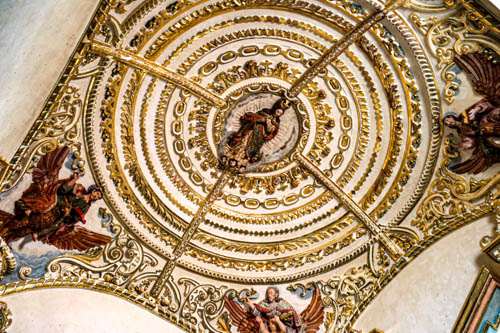 What a fabulous place for photos!  We both enjoyed our visit to the Cultural Museum and were glad we persevered in going.